Following a gorgeous classical Indian alap sung by Ustad Mashkoor Ali Khan over a rumbling bass drone, the first 21 cells made for a splashy, variegated opening.”

Mashkoor Ali Khan, who has been a resident teacher at the ITC Sangeet Research Academy of Calcutta for over 20 years, sings in a booming, communicative voice which has immense depth. Considered a master of raga music, his treatment makes even an uncommon raga like Charukeshi sound familiar. He luxuriates in slow-tempo khayals and makes an extra effort to create aesthetically appealing configurations, showing a knack for putting life into a melody. “

Only in a slow khayal can one explore the raga with a sense of discovery and spiritual quest,” he said in a telephone interview from Kolkata. Khan is also known for his rich repertoire of rare ragas and compositions. There is a mistaken belief that the Kirana singers do not know uncommon ragas,” said Khan. Khan sang as many as seven varieties of the raga Malhar at the Nehru Centre’s festival Megh Malhar last year.”

Ustad Mashkoor Ali Khan comes from a distinguished musical line that includes some of the foremost figures in Indian Classical music. A direct descendant of the family of the great Ustad Abdul Karim Khan and the legendary Sartaj-e-Mousiqui Ustad Abdul Wahid Khan who were luminaries of the Kirana Gharana, Maskhoor Ali Khan is the son of the great Sarangi-nawaz, Padmashree Ustad Shakoor Khan, who was the grandnephew of Ustad Bande Ali Khan Beenkar, composer of numerous bandishes under the pseudonym Sabras.

Mashkoor Ali, as a true heir of his renowned forefathers and a scholar of music, continues to passionately collect rare compositions to build an elaborate vocabulary for his mellifluous vocal approach.  He is credited as having one of the richest collection of melodies in the khayal genre of Indian classical music in the country.

A Critic from Chandigarh News proclaimed:

Ustad Mashkoor Ali Khan… transported you into a different world of inward searching and reconciliation…” His “full-throated voice, true to the minutest shruti, was just one of the plus points of his recital. Added on were his ability of exploring undetached areas of the raga, excellent dialogue delivery and a fertile imagination.”

and the Financial Express noted that

His voice moved with the ease of a well-oiled machine.”

The Telegraph stated that he

Reflected the delicate intra-stylistic evolution of the raga in the post Ustad Amir Khan period”.

Initiated and trained by his father for fifteen years, young Mashkoor Ali had secured a place for himself in the world of music even before his father breathed his last.  Since the late 1980’s he has been nurturing students under his able wings as a Guru of the I.T.C. Sangeet Research Academy, India’s premier institute of Hindustani classical music in Kolkata, some of whom are established musicians already. He has represented and performed for the SRA numerous times in prestigious venues in India and abroad and also done recordings of over 250 rare compositions for the archives.

Numerous titles and awards have been given to him honoring his talent and unparalleled musicianship.

Recent festival appearances in India include:

And in the US:

Mashkoor Ali Khan’s music, in content and style, exhibits three predominant influences: orthodox and “Neo-Kirana” vocalism; the music of the sarangi, absorbed from Shakoor Khan, and a part of the larger Kirana legacy; and, his academic temperament, reinforced by a long tenure in the conservatory environment, a good part of it spent as a guide to aspiring musicians.

His melodic execution relies heavily on meend, gamak and kan modes of execution, with only a sparing use of gitkiri, murki, and khatka. The most prominent facet of his style is the use of kan, which he does not use as ornamentation, as much as a means of imparting meaning to each intervallic transition in the context of the raga’s melodic personality. To this extent, the generous use of this device does no damage to the “aloofness” characteristic of the khayal genre, or to the stylistic divide between khayal and the romanticist thumri. This skill, combined with a sensitivity in its use, obviously derives from the sarangi, which specializes in the kan device. Kan-based melodic execution also had a significant place in Amir Khan’s music, but is more prominent in the style of Niyaz Ahmed Khan.

Mashkoor’s raga grammar is unimpeachable, which owes much to the sarangi background in his grooming. The architecture of Mashkoor’s khayal presentations is immaculate, and even academic. It conforms to Neo-Kirana tendencies but, particularly to Amir Khan, who was perhaps the most fastidious structuralist in recent history. Mashkoor’s vilambit khayal alap is sung in bol articulation, using the merukhand principle. The medium-density bol-laya movement in the vilambit khayal is generally brief, when included. This has been replaced by the medium-density sargam accepted in orthodox Kirana, but developed and popularized by Amir Khan. In high-density melodic execution, Mashkoor differs from Kirana and Neo-Kirana by relying solely on sargam articulation which Niyaz Ahmed uses but, not exclusively. 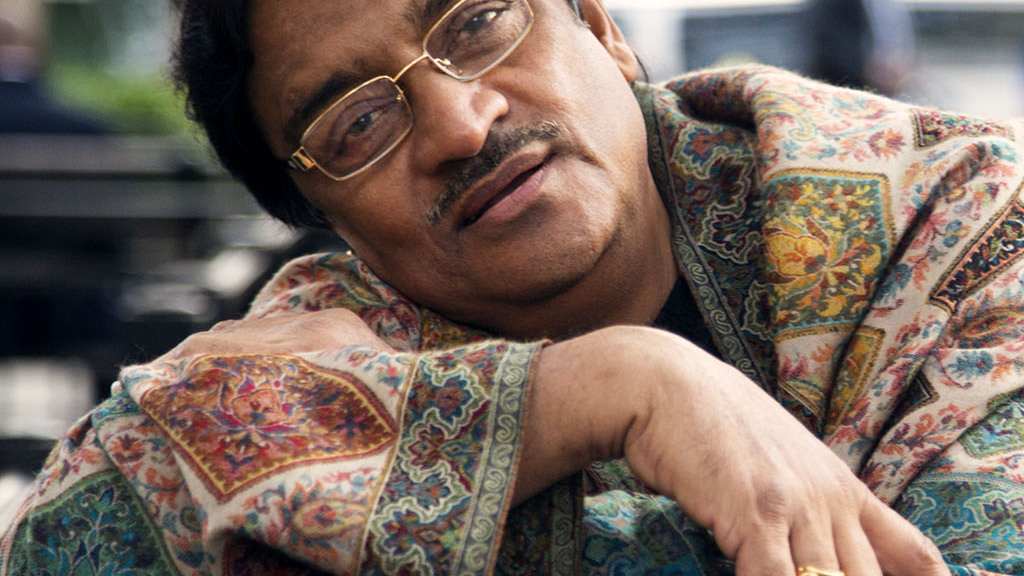